AKUMA DANCE ENSEMBLE, is an award winning culturally unique traditional music and dance group formed with the aim of promoting and preserving the rich and authentic African Culture. The group primes itself with indigenous African instruments to provide quality music and dance. It is also geared towards promoting the authentic Ghanaian traditional music to the world, heal and change lives through our music. We play music of Osibisa, Fela Kuti, Salifu Keita, Bob Marley, Pan African Orchestra and many other music. The aim is to give back to the less privileged people in the community, entertain and educate people on drug abuse through our music. We play Folk, Jazz, Afro Music and World Music.

AKUMA Dance Ensemble won the 2020 Traditional Dance Group of the YEAR award organized by Ghana Arts and Culture in collaboration with Ministry of Tourism & Creative Arts and National Commission on Culture. Akuma group have toured and performed in the major festivals within Ghana and hoping to extend our tentacles since our main objective is to use music as a tool in promoting peace and love worldwide. The group have been very instrumental in the community by supporting the less privileged and Homeless people. With this hope and through schooling these basic human needs can be identified and nourished to benefit both the individual and the nation as a whole. For that purpose, Akuma (Heart) Dance Ensemble has come to provide the platform in the area of fine art industry and give you the best of practical lessons. Founded by astute, workaholic and affable Samuel Nii Noi Tetteh five years ago, precisely Akuma Dance Ensemble's main objective is to promote Rich African Culture through music to world..

1. Our vision is to embark on a world tour to promote and educate people of our culturally unique traditional music and dance. Setup a Musical school and Theater in West Africa that will focus on teaching and training the upcoming kids who are musically talented and prepare them for the future.

2. Music is another medium of communication, so we (Akuma) find it essential to use it to educate people in our community in areas of DRUG AND CHILD ABUSE. Help them to realize their potential and God given talent which they can use to impact other lives positively in the community.

3. Setup an NGO (Akuma Care Foundation) to get more volunteers on board to support the project and make it more stronger. 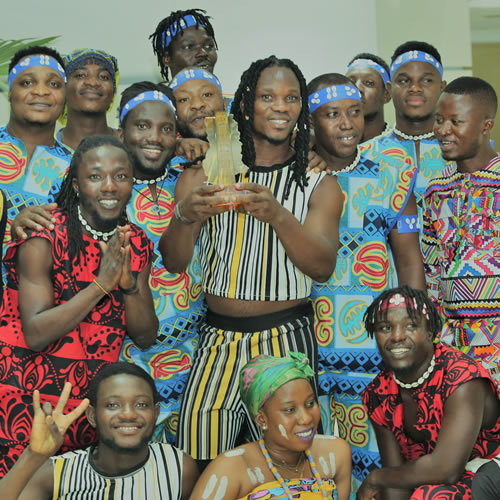 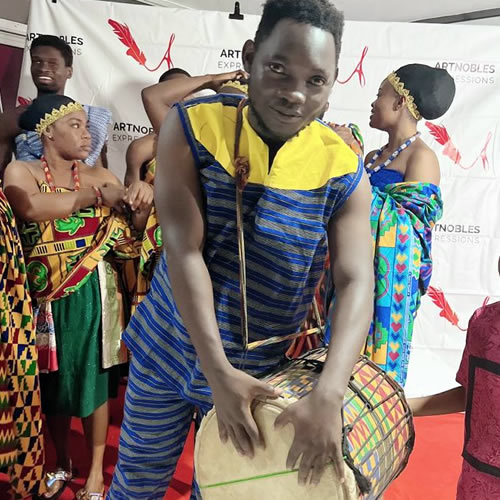 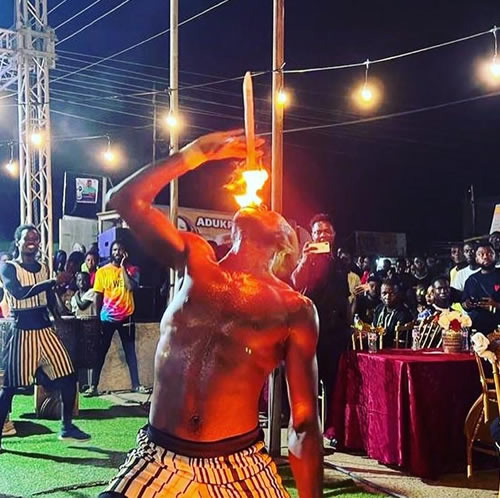 Workshops are tailored to Employers needs and depending on age group. All are designed to inform and educate about the diverse and unique African cultures with focus on Ghanaian tribal traditions, customs, languages, songs, dances, costumes and of course Instruments giving participants an opportunity to learn to play select traditional instruments..

Venues vary from Schools, Libraries, Dance and Yoga studios, Street Festivals, Banquet Halls, Cultural Centers. Nightclubs, Concert Halls to private homes and are tailored to be compliant with local masking and social distancing guidelines to assure safety. Any and all venues and events will be for the purpose of presenting a unique cultural experience by highly trained traditional dancers, singers, musicians, and storytellers. Akuma Dance Ensemble is being retained because they are highly suited for that purpose, word has spread and many employers want to ensure that despite Covid, they will not miss the experience. Provisions are being made in all cases to have multiple alternative dates if necessary to reschedule due to Covid..

Our performance is culturally unique in so many ways from our costumes, instruments, rhythms, dance, songs and a 15-minute slot to interact with our audience and educate them about Ghana (Africa) and our rich culture. Our costumes are mostly colorful Ghanaian fabric designed by the director of the band. These fabric are embedded with Ghanaian symbols called Adinkra symbols each symbol has a distinctive meaning an example is the Gye Nyame symbol which means "Only God”. Our instruments are mostly handmade and are carved from wood such as the drums and the xylophone whiles others are made from bamboo such as the flute. The skin used for these drums are mostly from goat, cow and antelope skins.

Our rhythm is unique because it is a criss cross rhythm. What this means is that the master drummer plays a beat and the supporting drummers follow with their own rhythm whiles the timer which is the bell keeps the timing. Our songs are mainly sung in our native Ewe, Akan and Ga language and uniquely sung in a polyphonic manner. This means more than one sound, and of non-unison doubling or accompaniment. We usually apportion 15minutes slot of African education themed “Get to know Ghana”. This we use to educate our audience on Ghanaian culture and they get the opportunity to ask any questions in that like.

There are 4 main types of music in Ghana they are : 1: Gospel music 2: Traditional music 3: Contemporary music 4: Imported music Motivated by the traditional dance which accompanies that is used to greet Gods and other spirits, to re-enact and tell a story, legend, like a social regeneration, those ceremonial dances may also occur at celebrations, funerals, historical dates and other festivals. There are too many dances to describe, but here are some of the popularly known dance styles that may encounter while in Ghana..

ADZOGBO DANCE Originally Adzogbo is a war dance, but now it is adapted as a social, cultural and recreational dance, women start the dance with 'Kadodo', and dance with elegant movement of the arms and taps and then hops from leading the foot or men simply follow in a series of energetic 'Atsia', performances. That describes their strength, agility or dexterity, although, this dance form is performing among the Ewe public in the 'Volta Region'.

KPLE Kple is religious dance forms, that from a ‘Greater Accra’,this is performing by priestesses at the shrines, while the ‘Homowo’ festival in the late August and the early September. This dance form is used to communicate with the Gods and bring the blessings for them. KPANLOGO Kpanlogo is a recreational piece that emerged in the late 1950s, around the time that Ghana gained its independence. Although it was created primarily by young people as a form of entertainment, it contains musical motifs borrowed from older Ga pieces like Gome, Kolomashie, and Oge, as well as highlife.The Kpanlogo dance was invented by Otoo Lincoln. He was told an Ansee folk story by his Grandfather. ... He used to tell it dancing and singing to his brothers and sisters, a friend used to drum along as they liked the music and dance and we created our own version of highlife around 1962. FUME FUME Fume-Fume is a traditional song/dance of the Ga people of Ghana. Originally a religious dance, it and the accompanying song were used to call down the god Futrema, hence the very vigorous and ecstatic dancing usually displayed. However, it is now performed in secular, social settings as well. MBENDE DANCE Mbende dance was originated from ZIMBABWE and it is a funeral and a hunting dance for the people of Jerusarema. WALE DANCE Wale dance was originated from Burkina- Faso is a dance for a bumper harvest and today it is performed in wedding ceremonies, naming ceremonies as well as parties. ulture, traditional music, african dance, ghana music, african tourism, african folkloric, afro music, arts and culture, ghana torusim, africa food"> 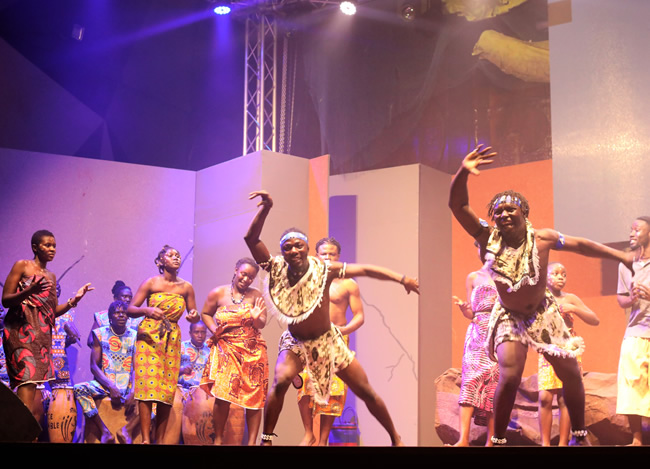 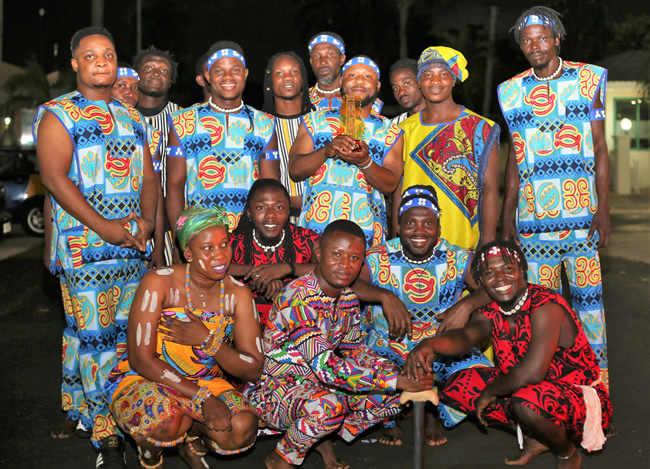 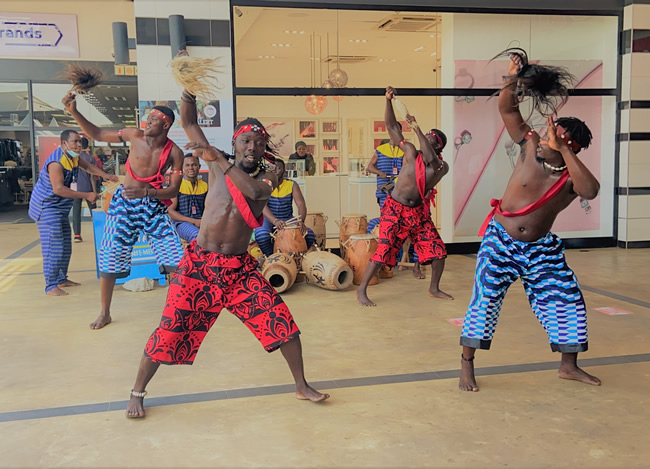 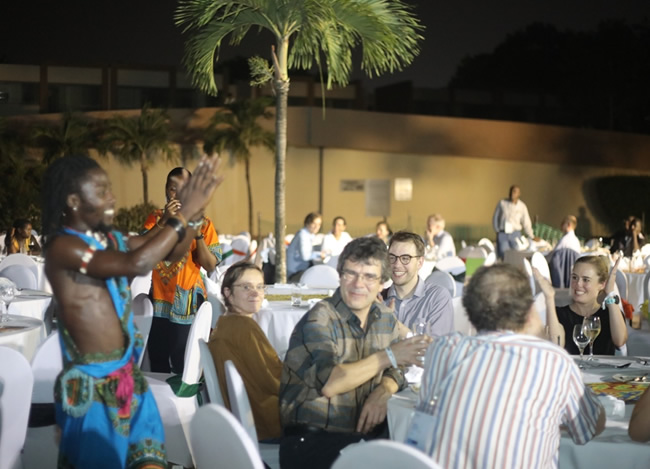 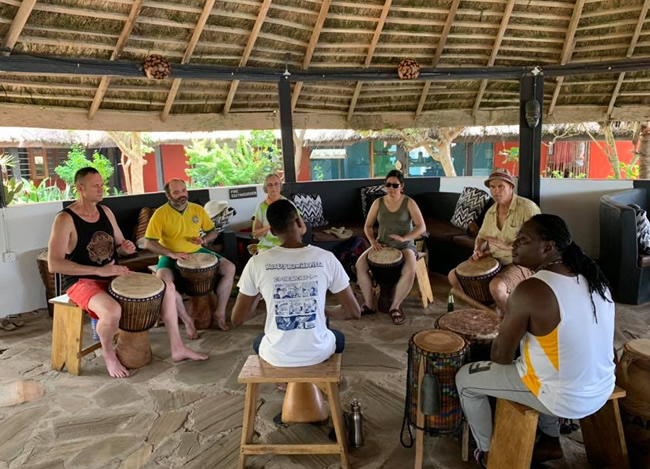 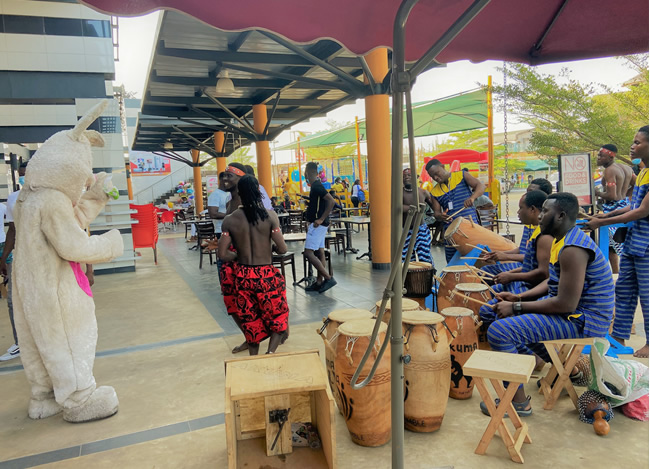 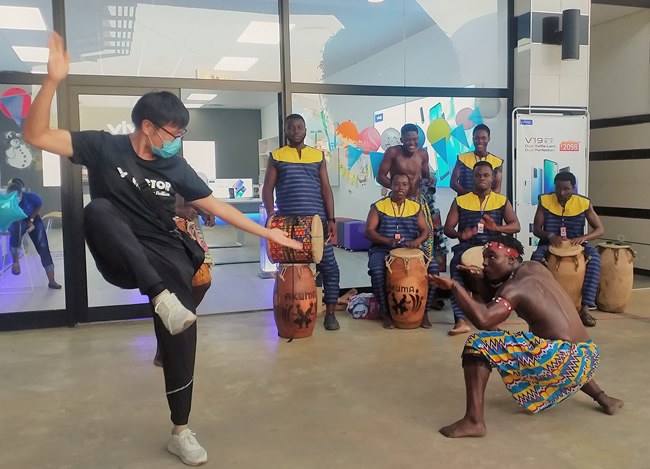 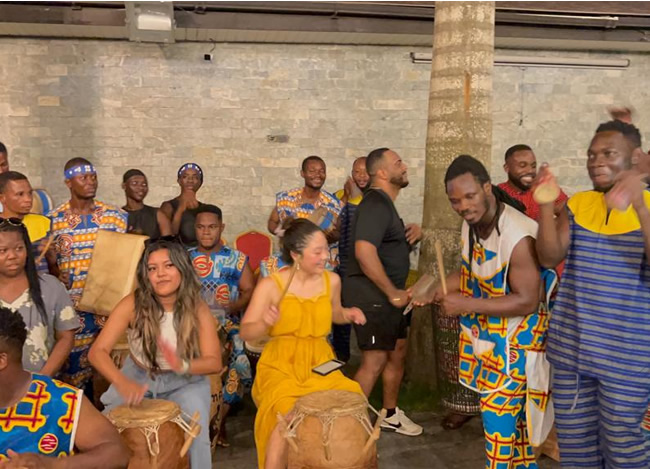 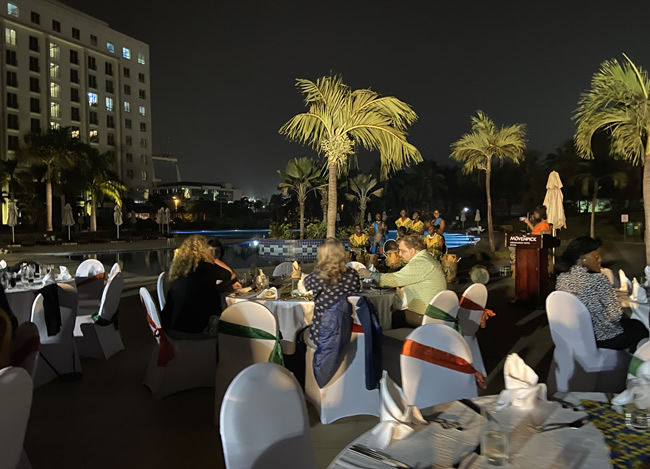 We are avaiable for bookings Contact us for your Festival, Drum and Dance Workshops, Conference, Weddings, Seminars, Parties and any other music and dance related events. Thank You.